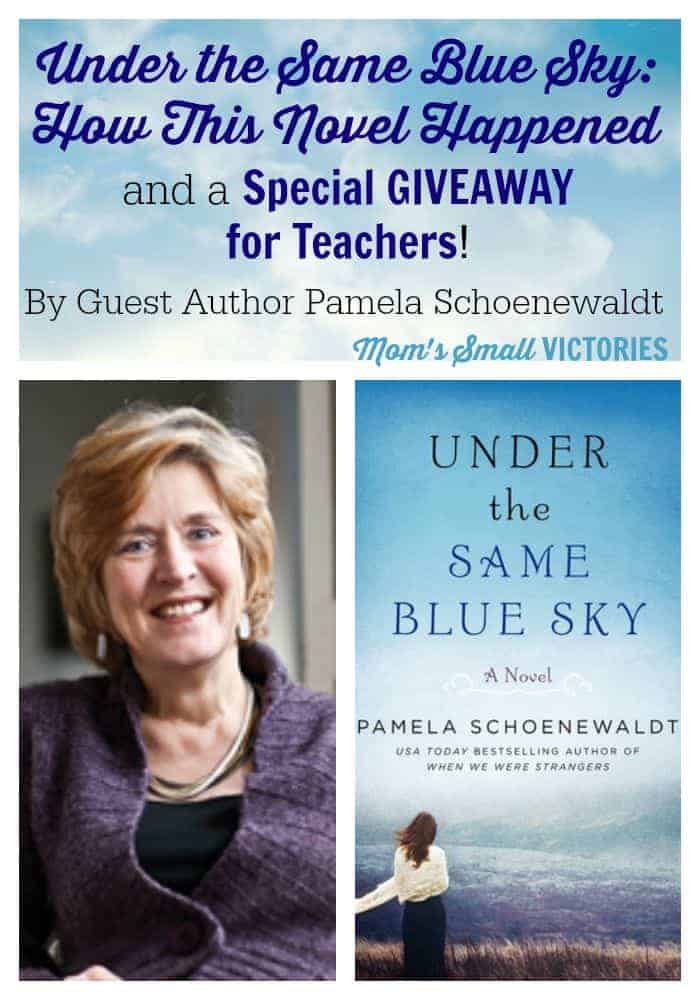 Under the Same Blue Sky: How This Novel Happened

Elements of Under the Same Blue Sky came to me as I finished the final draft of my second novel, Swimming in the Moon, as if my mind, “cleared” of that story, turned to the next. In some mysterious way, plot elements coalesce into plot. I wish I knew how this happens. In any case, here were the first elements.

The setting would be a century ago, during World War I (1914-1918), just after the years of Swimming in the Moon. I saw the story originating in Pittsburgh, which produced a huge percentage of war materials, first for foreign belligerents (both sides!), and then for the U.S. Pittsburgh held a thriving German-American community, letting me explore my own German-American roots. The second half of Under the Same Blue Sky is set in a fictional Watchung, NJ, where I once lived near a brooding, out-of-place castle. I imagined it inhabited by an out-place Prussian baron, exiled by his sexual orientation. My protagonist, Hazel Renner, lives the clash between German-American traditions of responsibility and restraint and her own search for self, beginning as she leaves home to teach in a one-room schoolhouse in rural Pennsylvania.

German-Americans are this country’s largest self-reported ethnicity. Before WWI, thriving German communities, schools, stores, churches, and cultural groups preserved a fondly remembered culture. How did these people feel as their home country was engulfed in war, family members and childhood friends mowed down in trenches, and civilians starved? When the U.S. entered the war, former neighbors treated them as enemies, potential traitors, and brutal “Huns.” How did that feel?

While shell shock, now called PTSD, isn’t new, it ravaged millions of soldiers and their families during and after WWI. In my novel, a gardener turned pilot and the woman he loves endure this trauma, while on the home front, a caring man is overwhelmed by the pain of his people.

In creating a plot, I wanted the characters to find peace, not despite, but through their difficulties, an armistice of the soul for those who despaired and sought comfort. In Under the Same Blue Sky, I walked with my people in their journey home.

Note: Under the Same Blue Sky includes many extras for book club readers and those who want to know more about this turbulent time. If your book club or class would like to set up a Skype session, let me know. You can reach me at p.schoene{at}comcast.net.
Sincerely,
Pamela Schoenewaldt 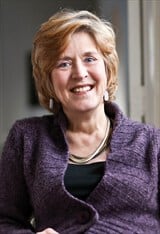 Pamela Schoenewaldt lived for ten years in a small town outside Naples, Italy. Her short stories have appeared in literary magazines in England, France, Italy, and the United States. She now lives in Knoxville, Tennessee, with her husband, Maurizio Conti, a physicist, and Jesse, their dog. Pamela is the author of When We Were Strangers, Swimming in the Moon and Under the Same Blue Sky. Find Pamela on her website, Facebook, Twitter and Goodreads.

The definition of home can be complex for immigrants. As a child of Indian immigrants, I see how our friends and family that are immigrants are torn between the home they live in and the home they left behind. Hearts are split in two and when there’s conflict between the two countries, it can lead to turmoil and discrimination. My heart ached for the Renner family and I especially empathized with Hazel as an American-born child of immigrants. I found Under the Same Blue Sky showed an interesting perspective of the immigrant experience during wartime. I hope you’ll share this giveaway and let a lucky teacher win this book!

If you’re a K-12 teacher and a resident of the U.S., enter to win this great giveaway from author Pamela Schoenewaldt and share it with your teacher friends! Giveaway ends 7/31/15 at 11:59pm EST. See Giveaway Terms & Conditions for complete rules.
Entry-Form

About Be Our Guest Fridays!

Be Our Guest Fridays is a weekly feature where I feature guest posts by my favorite bloggers and authors. I started this feature as a fun way to give back to the blogging community. I am excited to share with you these creative, inspiring and knowledgeable bloggers. Leave me a comment if you’d like to guest post and we’ll see if we’re a good fit for each other.

Please share this great giveaway with the teachers you know and be sure to leave a comment for Pamela about the inspiration behind her book or why you’d like to read it!

Hello readalongers! If you are joining us for the Poisonwood Bible Readalong, I hope you are enjoying the book. If you’re visiting for the first time to discuss this book, welcome! This month, Lost in Books,  Savvy Working Gal and I are happy to host a readalong of The Poisonwood Bible as part of… 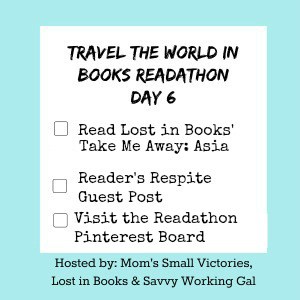 General Event Info What our readathon is all about: Explore countries other than the one you live in. Read as much as you can of books set in a different country or by an author from a different country. Read for your own pleasure or learning, read with your kids or both. Travel the world…

Blurb: 5* I loved it! – The Opposite of Everyone by Joshilyn Jackson is storytelling at it’s best and unlike anything I’ve ever read. A unique and unexpected mix of the mystical Hindu mythology and how family penetrates the toughest walls and deepest buried secrets.    Synopsis from Goodreads: “Born in Alabama, Paula Vauss spent the first decade…

Ok parents, tell me the truth now. Have you ever thought, “I’ve got the cutest kids in the world, they should be in the movies.” You dream of the luxurious and glamorous Hollywood life. Not a care in the world, besides having fun and being pampered.    Well in No Ordinary Life, author Suzanne Redfearn…

Synopsis from Goodreads: “What will you leave behind? Long after we’ve left this world, our legacy remains. Or doesn’t. Or remains only in the minds of those who knew us, those whose lives we’ve touched. Those we’ve written to, or about. If you had a choice, what mark would you leave? How should people remember…

Synopsis from Barnes & Noble: “This is the long-awaited first novel from one of the most original and memorable writers working today. Things have never been easy for Oscar, a sweet but disastrously overweight, lovesick Dominican ghetto nerd. From his home in New Jersey, where he lives with his old-world mother and rebellious sister, Oscar…

Addicted to planners, productivity, books and coffee. Wife and work at home soccer mom of 3 boys and CEO (Chief Encouragement Officer) of our family and this blog. I want to help you overcome your biggest obstacles. Together, we can make our dream lives possible! Read more about me here

Mom’s Small Victories participates in affiliate programs and is an Amazon Associate. Please see my complete Privacy Policy and Disclaimers for more information.